Why planting a garden is like painting your bedroom

When I was ten we moved to a new house in Rexdale. It was a four bedroom back-split with a two car garage and a pool in the backyard–much bigger and fancier that our first little house in Weston. The previous owners had lived there while they raised their three children and had clearly decided to move out instead of redecorating.

My parents had plans to slowly make over the house, replacing shag carpet and harvest gold appliances. But when it came to the master bedroom, my mother had trouble waiting.

One morning just after we moved in, I woke up to hear a strange scraping sound in the room next to mine. Bleary eyed at about 7 am, I got out of bed to see what was going on. I found my mother, still in her bathrobe, scraping wallpaper. It seems she couldn’t live another moment with the heavy red and gold textured paper (I thought the fuzzy faux velvet was cool, but then again, I was only ten at the time).

Unfortunately, as my mother stripped that paper one agonizing strip at a time, she uncovered some bad news: turquoise blue paint. That might not have been so bad, but now she was stuck with turquois walls. Which looked terrible next to the bright red carpet. And it was months before my mother was able to cover up that bright blue on the walls.

First, she had to finish taking off the stubborn wallpaper, which seemed to take ages. Then she had to wash them down to get all the glue residue off. After that she had to fill the holes, let the spots of putty dry, and sand them smooth. When the walls were finally bare and repaired, they needed to be washed again to make them ready for primer. All this work had to be fit into her work schedule, our busy family schedule, and all of the other projects around the house that had been planned ahead of time. Like I said, it took a long time.

I thought of all of this out in the garden yesterday. For the very first time, I am planting a second harvest. As spring vegetables come out of the garden, like lettuce, bok choy, spinach and peas, I am planting crops that will be happy as the cool weather arrives. For me that includes beets, carrots and lettuce. I also seeded a whole flat of rutabaga a few weeks ago, which grew up surprisingly well.

I went outside to plant. Or at least I thought I was going to plant. First I inspected the places where I had finished harvesting. I began by removing the layer of cedar mulch, pushing it to the side or moving to a place in the garden that needed a little extra. After that I pulled out old roots and a few weeds in a half dozen sections of the garden. Then I spread manure on each of those bare patches, lugging it from the driveway and thinking that it seemed much heavier than I remembered. Once that was done, I dug it in, 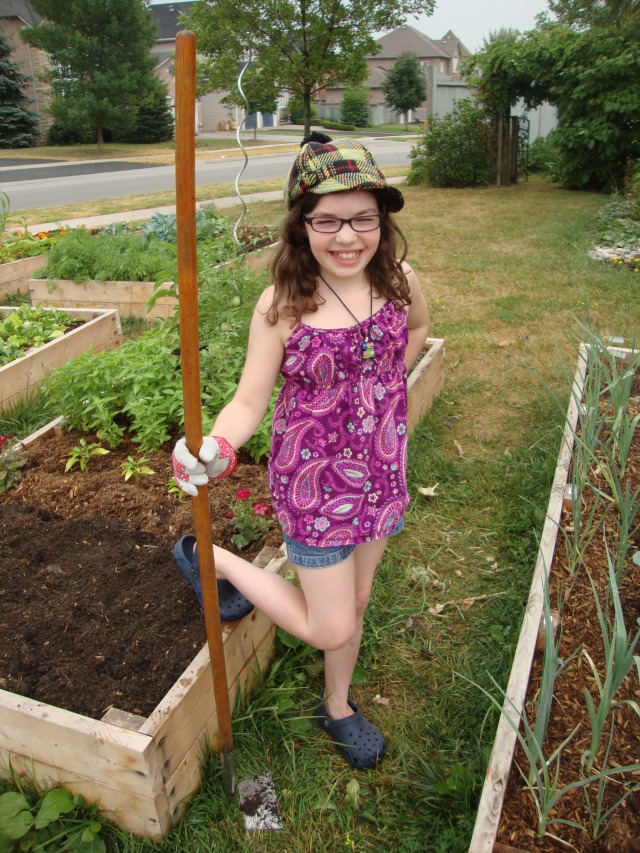 turning the soil to get it all nicely mixed. Emily wandered over and gave me a hand raking every patch smooth. I finally stood back to survey my work. That’s when I realized I had already been out there for two hours and hadn’t planted a single thing!

Getting ready to paint and getting ready to plant both require a significant amount of preparation. Both also suffer if enough preparation isn’t done. If you don’t take the time to fix the holes in the wall, or put a drop cloth down to cover the carpet, the results can be disappointing or downright disastrous (please don’t ask me about the red footprint on my son’s bedroom carpet). In the garden, if you don’t amend the soil with fresh nutrients or clear the weeds out of the way, the new seedlings may never thrive.

I did eventually get around the planting. In the end I only had time for about half the seeds, but I did get all of the rutabaga in. I can always go back and sow the beets another day. That is the easy part, after all.